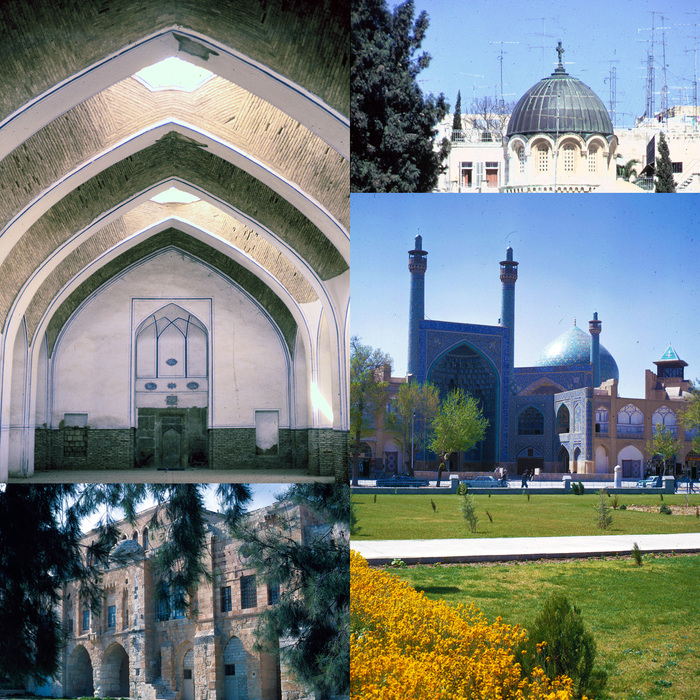 Denis Baly (1913-1987) was Lecturer in Political Science (1954-56) and Professor of Religion (1964-83) at Kenyon College. He was the son of a distinguished scientist, Edward Charles Cyril Baly, and the grandson of Edward Ely Baly, Deputy Chief Cashier of the Bank of England. He attended The King’s School, Worcester and received a Bachelor of Arts degree in 1935 from the University of Liverpool, where his father was Grant Professor of Inorganic Chemistry. Denis Baly himself was perhaps best known outside of Kenyon for his work as a geographer, as evidenced by his Geographical Companion to the Bible (New York 1957, 1963, 1974). Before, during and after the Second World War he taught school in Haifa and Jerusalem, leaving in 1954 to begin teaching in America. Beginning around 1960 he began making photographic transparencies (slides) on his many trips to the Levant, North Africa, Europe, and around the United States, assembling the extraordinary archive which was presented to Kenyon College on his death by his widow, Louise Gehan Baly.

Last year the Art History Department and the Visual Resource Center decided to make this archive of over 14,000 images from North America, North Africa, Europe, and the Middle East, currently in 35mm slides, available to students, teachers, and researchers. Not only are the images of exceptional quality, some picture monuments that no longer exist due to natural tragedies or war. Indeed, many of these slides/diapositives are original Kodachromes. When the collection was given to the Art History Department Slide Library, it was with the understanding that these images be used and shared. Before commencing this project, we contacted Baly’s executors who assured us that our goal of making them available for public domain use under a Creative Commons License was directly in line with his wishes.

To that end, the VRC has devoted considerable funds to hire students to digitize these slides. This part of the project should be completed by this summer. The next step is to catalog these images and upload them to Digital Kenyon. It is in this phase that pedagogy becomes important.

Working with Jenna Nolt and Eugene Dwyer, Shariq Khan ’15 has proposed a protocol for cataloging and inputting information in the Digital Kenyon institutional repository, so that the images will remain grouped together by monument and will, at the same time, be searchable by keyword. He has begun, along with Yan Zhou, to teach other students the protocol. Beyond that, Shariq, while completing an Independent Study with Prof. Eugene Dwyer on Islamic Architecture, has composed model catalog entries to guide future student catalogers. We feel that the central pedagogy will occur when the students, overseen by faculty curate the collection through further research.

We are applying for funds for Shariq to continue his work during the fall semester of 2015, with the goal of completing the research, cataloging, and uploading of 1,000+ images of Iranian Art and Architecture. We feel that this discrete section of this long-term project will serve as a pilot venture, where possible issues including technological, metadata, workflow, etc. can be worked out.

This project will also help the Art History Department at Kenyon College enter a new era by expanding the role of the Visual Resources Center. Traditionally, the VRC served the campus by providing images in the form of 35 mm slides and mounted photographs. With the change-over to digital imagery, we have decided to reconfigure our role. We still help students, faculty, and staff find and obtain images they need, but we are also interested in analyzing and making available high-quality photographs of monuments found nowhere else (including many which have since been destroyed). This is a long-term project, but one we feel will benefit a number of students over the years, as they learn, in-depth, about the art and architecture they will catalog.